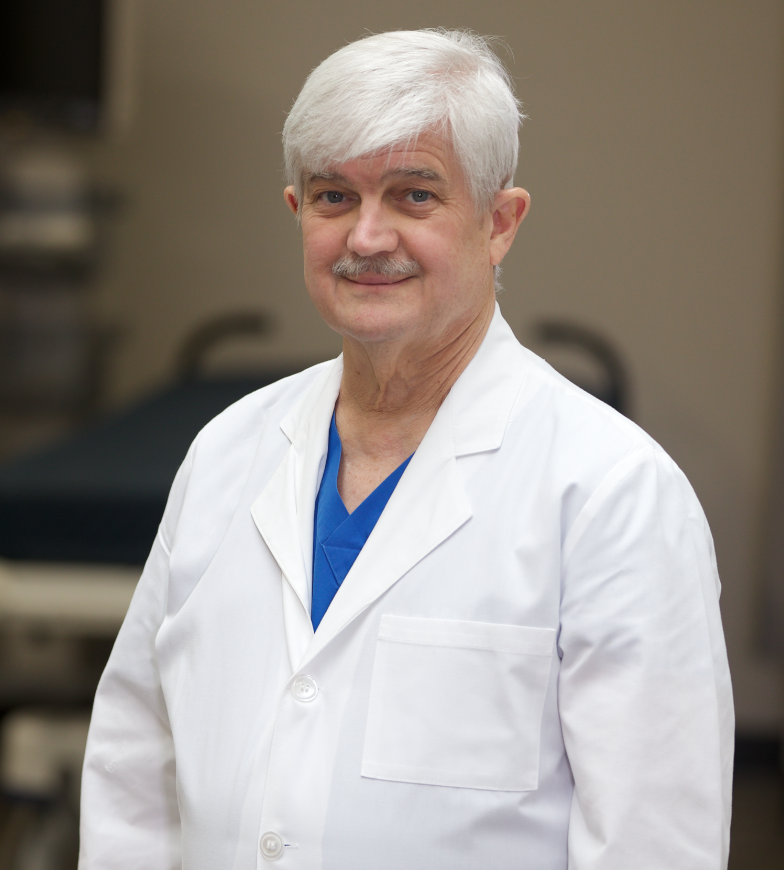 William Dillin MD completed the neurosurgery and orthopedic spine fellowship at Pennsylvania Hospital in Philadelphia in 1985. He was a partner at the Kerlan-Jobe Orthopedic Clinic in Los Angeles for 35 years and concurrently an associate at the Cedars-Sinai Kerlan-Jobe Institute for 8 years. Born in San Antonio and raised in Corpus Christi until the age of 11, Dr. Dillin returned to Texas for college at the
University of Texas in Austin, medical school at the University of Texas Medical School at San Antonio and his second and third years of general surgery residency at the University of Texas in Houston.

The story of return repeats itself. After 35 years performing spine surgery in California, Mary Ann and William “Bill” returned to Texas to be close to their son and daughter in law and granddaughter. Now, Dr. Dillin welcomes the opportunity to be associated with the excellent physicians at Texas Orthopedic and Spine Associates.

The basic sciences, the clinical conditions and diseases, the clinical symptoms and signs, the panorama of diagnostics and therapeutic potentials comprise the current state of spine knowledge. The concentrated focus centers on a single purpose-the patient. The judicious use of critical thinking principles and the best scientific spine evidence provides the optimum opportunity for patient success. It is the job of physicians/surgeons to “take care of patients.” Before the recent avalanche of science, there were doctors ministering to the sick and injured with far less than modern tools. Yet, our predecessors can instruct.
The definition of a surgeon was authored by Guy de Chauliac 1300-1370 in the Ars Chirurgica. He is considered ‘the father of Western surgery.’

“The conditions necessary for the surgeon are four: first, he should be learned; second, he should be expert; third, he must be ingenious; and fourth, he should be able to adapt himself. It is required for the first that the surgeon should know not only the principles of surgery, but also those in medicine in theory and practice; for the second, that he should have seen others operate; for the third that he should be ingenious, of good judgement and memory to recognize conditions; and for the fourth, that he be adaptable and able to accommodate himself to circumstances. Let the surgeon be bold in all sure things, and fearful in dangerous things; let him avoid all faulty treatments and practices. He ought to be gracious to the sick, considerate to his associates, cautious in his prognostications. Let him be modest, dignified, gentle, pitiful, and merciful; not covetous nor an extortionist of money; but rather let his reward be according to his work, to the means of the patient, to the quality of the issue, and to his own dignity.”

Dr. Dillin embraces his mentors, Stan Dudrick MD, Richard Rothman MD, Fred Simeone MD and his colleagues and friends, as medicine moves forward to touch the soul of humanity.
Apart from medicine, there is time spent with family. At the close of the day, a spy thriller, or detective novel is likely to be found on top of his chest, his glasses on the floor, reclined in the chair and asleep.