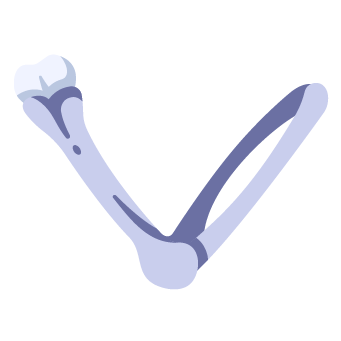 If you suffer from  chronic pain or weakness related to cubital tunnel syndrome, don’t hesitate to Schedule an appointment with one of our orthopedic specialists.

The common cause between both of these syndromes involves some sort of pressure causing compression on a nerve in the arm or elbow. In the majority of cases, patients can manage cubital tunnel syndrome with simple conservative treatments, while more severe cases may still require surgery to return to normalcy.

Cubital tunnel syndrome, also known as ulnar neuropathy to Hand and Wrist Specialists, arises from an increased pressure on the ulnar nerve, which passes through the small hollow of the elbow commonly known as the “funny bone.” Patient have a higher risk of developing Cubital Tunnel Syndrome if they:

In some cases, cubital tunnel syndrome can result from an abnormal growth of bone in the elbow or from intense physical activity such as sports that rely on throwing. Baseball pitchers, for example, have an increased risk of ulnar neuropathy due to the twisting motion required to throw certain pitches.

Early symptoms of ulnar neuropathy include:

If cubital tunnel syndrome advances, symptoms can also include:

Hand and Wrist specialists may order tests such as a nerve conduction study and a test called electromyography. During an Electromyography procedure, specialists place electrodes into muscles and on the skin to measure the health of muscles and the nerve cells that control them, confirm the diagnosis, identify the area of nerve damage, and determine the severity of the condition.

What is a Cubital Tunnel Release?

During a Cubital Tunnel Release surgery, Upper Extremity Specialists surgically part the ligament surface of the cubital tunnel. This allows the tunnel to widen and release pressure from the nerve.

Afterwards, new tissue will grow over the divide in the ligaments as they heal. Once the ligaments fully heal, the tunnel will have more overall space for the ulnar nerve, removing the source of impingement.

Elbow specialists will likely consider Cubital Tunnel Release surgery for mild to moderate cases of nerve compression where the nerve stays in place when bent. Otherwise, surgeons may decide on an Ulnar Nerve Transposition.

If you would like to speak to one of our Upper Extremity Specialists, give us a call at 817-697-4038, or contact us over the web. Tele-medicine appointments are also available.